Thank you adminless and all participants, that was a really nice event!
Even tho I was not in the best conditions to contribute in a better way, the games were very pleasant and I'm happy I could managed to have a few good frags/thaws to help my team against that fierce unfreeze team ^^
GG
Top

Thanks to @adminless for making this happen, it was fun. Great players. I was a little bit rusty in the beginning due to new keyboard and a projected screen. Quite a challenge to get used to, but really exciting!

Here is a preview: 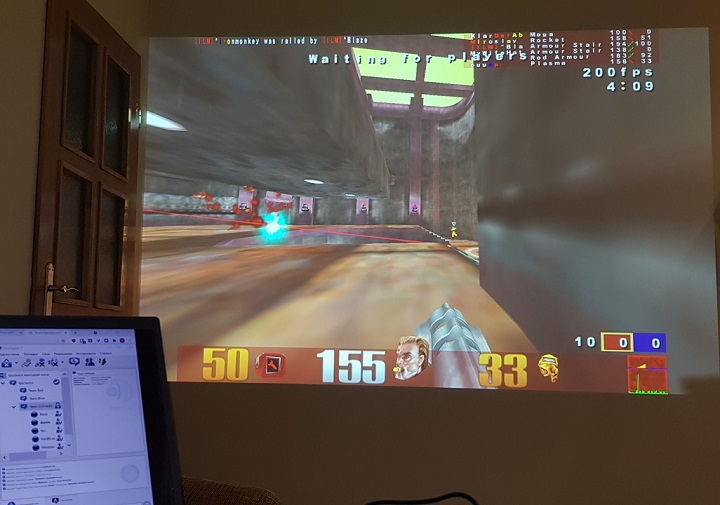 @uzu sure, your welcome and thank you for join us today.

@alyeti yes finally the turnout was about the expected/right one so you even could play this for the most part. I know, we even thought for a while that you were afk.

yes, indeed they were great games. unfortunately in my opinion team community was missing a true top10 player for the most part of the match to push team UnFreeZe a little bit more but overall a tremendous performance on the end of team UnFreeZe that even at a player disadvantage for most of the match it managed to clear all the games with relative ease. ok, demos up here (or here for those that can't do ftp anymore on their browsers) and stats updated at the usual vps.fpsclasico.de server stats site. on the match review/analysis this time probably not much to report, an overall clear victory for team UnFreeZe that dominated the match/stats in almost every aspect of the game and that ultimately starts to look like a solid team even though one of his members was missing. nevertheless in my opinion the miro, fau, klar, blaze, ounp combo looked like a very balanced and well put team even worth of a final fight lineup.

on the individual aspect, once again (and this time in accordance with the stats) I'd reward fau as mvp of the meeting though he probably still have to work out a little more the teamplay (key negative stat zero thaws on q3dm7). also remarkable this time has been the miro performance altogether that played exceptional quake both individually as well as collectively and blaze that as a newcomer to team UnFreeZe promoted from the last session definitively proved himself as a very valuable member of the team not to mention klar and ounp that proved great team balanced players overall. team community unfortunately didn't have much chances to shine today, nevertheless they proved great sportsmanship and completed the full whole session which is always to acknowledge and much appreciated, this wouldn't have been possible without you so thank you very much for sharing this game with us.

now as usual expect the (YouTube only this time) videos here within today/tomorrow (probably I'll post the pregame later and then the rest of the games tomorrow) and I think that pretty much this should be it with this meeting. in the future as I saw that this finally got the people going and there was actually interest probably I think we can end up making these kind of team UnFreeZe regularly like 1 or 2 times a month more or less as long as there's no other event going at the time then we'll see by now, that's it, great games and take care.
contact: https://contact.fpsclasico.de
Top

Was fun. I apologise I was late. I thought I'd be able to arrive on time, but I was busier than I initially thought I'd be. RL stress slightly affected my in-game performance, but it's fine; and ofc, thx for organising and inviting. GGs
Top

GGs to both of teams. It was really fun to watch. I didn't play because of my Q3 break.. I don't know for how long it will take, we'll see I guess

Damn.. Overkill and 6++ I don't really like those maps lol
Top
42 posts