Just imagine it. I did not expect anything special, at least few frags. But shooting was for me like from water this time on this server... but still fun.
Top

Just imagine it. I did not expect anything special, at least few frags. But shooting was for me like from water this time on this server... but still fun.

still fair play from you all the way, gg

I go guys I go, I was having my dinner as well as starting with the YouTube thing hahaha ok, so here are the results of the other semi final. no surprises this time, unfortunately this match was clearly only one sided and Miroslav had no trouble claiming his spot at the final via a flawless victory over jutuli. I'm the only one to blame here for setting up a so unbalanced match but unfortunately as pointed at the server, there was no other way, running a cup with a odd number of players (3) although it was possible, it seemed unnecessarily complicated so that's why I decided to include Miroslav for this time and on the upside there will be a third place final (that I probably wouldn't have arranged on a normal cup) where the defeated players will have a better/another chance to redeem themselves. ok, let's move onto the match details: ok then with this everything is set now for the finals that will face jutuli against blaze for the third place final and Miroslav against Kra7oS for a grand final. we need now to find a date for this matches then please all the participants let me know here what times you are available. initially jutuli mentioned that he'll can not play the next Sunday 11 of August, one possibility is to arrange the third place final the Saturday instead at 18:00 cest for example and the grand final the next Sunday at 19:00 cest. another possibility is to simply delay them a week (no much more) or even eventually play some of them in some week day. whatever the case is, just post your times here and we'll evaluate it. in addition, as mentioned it's strongly advised to drop by the server and play a few games as well as tune your game accordingly before participating for best results. nothing more, thanks to everybody for participate and their good behavior and carry the whole session without incidents, good job guys.
You do not have the required permissions to view the files attached to this post.
contact: https://contact.fpsclasico.de
Top

Next Saturday could be possible for me. I will have both kids for Saturday/Sunday, but around 18:00 they getting dinner (which I should prepare as well), so we can start around 18:10. I will let them look at some cartoons for an hour;)
Top

ok good then the Saturday 10 of August 18:15 cest can be a posibility for the third place final, let's wait to hear from blaze his scheudule. if not then we'll think about other times.
contact: https://contact.fpsclasico.de
Top

is this php?
Top

@Kra7oS ok good I put 19:00 instead of 18:00 as last time Miro commented that he wasn't available until that time then if Miro can I think that we can arrange the grand final between you both for this Sunday 11 of August at 19:00 cest. as for the third place final let's see if blaze drop his available times and we can leave that also arranged in a few days.

@C*TURKHISH_PLAYER welcome to the forum mate, I don't know what you mean, this thread is about an on-going tournament among us and this forum is the official forum for the UnFreeZe/FreeFUn servers which, yes, it happens to run the phpBB software (which is pretty much the "standard" forum software) but besides that, that hasn't much to do with this thread. anyways, just saying.
contact: https://contact.fpsclasico.de
Top 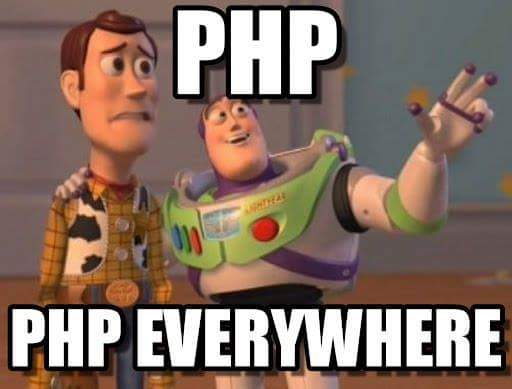 ok guys just updated the masters rank here this morning to reflect the results of the new matches. after working around the stats rank this season I came to the conclusion that my initial idea to give a rating of 2000 points to newcomers was, clearly, a overestimation. then in order to get some better results and a bit more consistent with those of the actual "mainstream" stats, I reduced that entry constant value to 1900 points. I backwardly applied that change on this morning calculation. all the rest remains the same.

for the rest, it's Wednesday already, the weekend is getting closer, I believe that by now we should be settling the dates for the finals. currently, we're pending to see if blaze can play the third place final against jutuli this Saturday 10 of August at 18:15 cest and if miro can face kratos the Sunday 11 of August at 19:00 cest. whatever the case is, we should be discussing it already, I'll send PMs now to both participants and we'll see if then we can arrange this before the weekend.
contact: https://contact.fpsclasico.de
Top

ok, awesome, then it's done the grand final will take place the Sunday 11 of August at 19:00 cest btw I knew you were going to pick the hubs anyways hahaha all that is left now is that Kra7oS post his maps too and that's it. I'll PM you here the password for the match tomorrow or so.

then lets see if in the mean time blaze shows up (he hasn't read the PM yet) and let us know his availability for the third place final initially planned for this Saturday 10 of August at 18:15 cest.
contact: https://contact.fpsclasico.de
Top


mirek choose something normal from the maps: D: D it doesn't matter to you: D: D


I was thinking about dm17 but it was next time: D: D
Top

I have a question, does anyone know if there is a concerter map from quake live to quake 3 arena? because it's a cool blood covenant map and I want to do it for quake 3
Top

this is exactly the main reason why there's the rule to make your map picks at least a day beforehand the match, to prevent this kind of discussions in the middle of a match and waste like half an hour trying/changing maps without sense. ok, let's remember the map pool that was officially agreed and announced here: as can bee seen, none of those maps (beside pro-q3tourney2) is on the official map pool consequently now those maps are not eligible. if you wanted to propose some changes to the map pool you should have raise that topic before joining the tournament not now, that's not acceptable. anyways, don't worry, that I'm not going to lecture you, like I said this is more of a almost private and casual tournament so I'll tend to have some flexibility (but it's important to don't forget how things work).

then that being said, giving the special circumstances that surround this match (probably +700 elo points of difference) and for the sake of the fun of the competition, exceptionally it seems like a fair option to allow you to pick some maps out of the official map pool. but I remark just exceptionally giving the large unbalance of this match and with the caveat that if some of the maps off the pool you chose glitches or Miroslav has some serious complain/issue about them, you'll be given that game by lost regardless of the actual score. for other matches you must stick to the official map pool that was announced and agreed for that tournament (which of course can be discussed/changed but beforehand by all the participants not at convenience in the middle).

so, ok I added dm5 to the server now as well as bloodcovenant (download), they are now votable then please make sure to try them beforehand and particularly download that bloodcovenant map now. after that then please tell me what your two map picks are?
contact: https://contact.fpsclasico.de
Top
78 posts